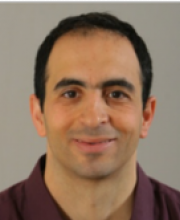 Research Focus:
Using solution X-ray scattering, optical, and electron microscopy, our lab investigates the structures and intermolecular forces between supramolecular self-assembled biomolecules. Using modern synchrotron facility, we follow the dynamic structures during the assembly of RNA or DNA with the capsid virus protein VP1, derived from the Simian Virus 40 (SV40), to form virus-like particles. We study the assembly nucleation stage, followed by elongation steps and determine the reaction rates and the association energies between the nucleotides and the capsid protein and between the VP1 capsid protein molecules. By combining scattering experiments with Monte Carlo simulations we reveal the packaging and organization of the nucleosomes confined within the capsid of wt SV40.
We measure the forces between charged and dipolar lipid membranes in the presence of different ions and study the contribution of entropic and charge regulation effects to the forces acting between the membranes and the lateral organization of the lipids within the bilayers.
We develop advanced and unique analysis tools to model the expected solution X-ray scattering curves from large self-assembled structures (e.g. viruses, membranes, microtubules, etc). We model these structures using simple geometric models and increase the resolution of the models and even attain atomic resolution, using crystallography data of the protein subunits that form the large assemblies. Our analysis tools allow us to address questions in structural biology of dynamic self-assembled structures in a unique way that was inaccessible so far. By adopting concepts from soft-matter physics, we aim to unravel the underlying physics, dictating the formation of the observed complex architectures.