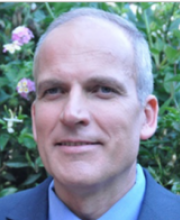 Research Focus:
Our research concerns the chemistry, physics and applications of nanocrystals focusing on the unique tuning of chemical, optical, electrical and thermodynamic properties afforded by control of size, shape, composition and organization on the nanometer scale. We study colloidal semiconductor nanocrystals that are a class of nanomaterials that manifest the transition from the molecular limit to the solid state, as well as hybrid semiconductor-metal nanoparticles. The tunable properties along with the chemical processibility also lead to significant potential for using nanocrystals as building blocks of nano-devices in diverse applications such as solid state lighting, flat panel displays, solar energy conversion, opto-electronic devices and biomedical applications.

An additional focus of our work in recent years concerns hybrid nanoparticles, composed of two components of different material types that represent a frontier area of research in nanomaterials. This addresses a key goal of nanocrystal research in the development of experimental methods to selectively control the composition and shape of nanocrystals over a wide range of material combinations. A particular combination which we pioneered in 2004, concerns the growth of metal (Au) tips onto the apexes of semiconductor (CdSe) nanorods creating ‘nanodumbbells’. Since this discovery, we have been studying hybrid metal-semiconductor nanoparticle systems extensively. The ability to selectively arrange nano-sized domains of metallic, semiconducting and magnetic materials into a single “hybrid” nanoparticle offers an intriguing route to engineer nanomaterials with multiple functionalities or the enhanced properties of one domain. Such semiconductor-metal hybrid nanoparticles manifest a synergistic effect of light induced charge separation opening the path for their application in solar energy harvesting with focus on photocatalysis. Visible light photocatalysis is a promising route for harnessing of solar energy to perform useful chemical reactions and to convert light to chemical energy. Our systems offer possibility for visible light photocatalysis using highly controlled hybrid metal-semiconductor nanoparticles. Under visible light irradiation, charge separation takes place between the semiconductor and metal parts of the hybrid particles. The charge separated state can then be utilized for ensuing oxidation-reduction reactions.

We are also aiming efforts towards development and study of doped nanocrystals. Doping of semiconductors by impurity atoms enabled their widespread technological application in micro and optoelectronics. However, for strongly confined colloidal semiconductor nanocrystals, doping has proven elusive. This arises both from the synthetic challenge of how to introduce single impurities and from a lack of fundamental understanding of this heavily doped limit under strong quantum confinement. We develop methods to dope semiconductor nanocrystals with impurities providing control of the band gap and Fermi energy. Successful control of doping and its understanding provide n- and p-doped semiconductor nanocrystals which greatly enhance the potential application of such materials in the field of printed electronics for solar cells, thin-film transistors, and optoelectronic devices.

9.       A. Sitt, I. Hadar, and U. Banin “Band-gap engineering, optoelectronic properties and applications of colloidal heterostructured semiconductor nanorods “,Nano Today 8, 494-513 (2013).