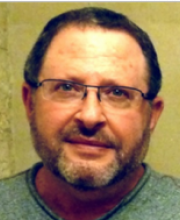 Research Focus:
Our research deals with applications of ultrafast spectroscopy to condensed phase photochemistry and photobiology. State of the art femtosecond lasers are constructed in house, and used to develop spectroscopic methods for following chemical dynamics in real time. Small model systems are investigated to appreciate the effects of condensed surroundings on photoinduced dynamics. Similar methods are also applied to study photo-reactive systems of intrinsic functional importance such as photosynthetic proteins, or more recently exciton dynamics in semiconductor nano-crystals and in novel photovoltaic materials. Some major themes of interest are detailed below.

Primary light induced events in Retinal Proteins
Rhodopsins are membranal proteins which convert solar energy into biological function in organisms as primitive as bacteria and archaea, or as complex as mammals. In them all, biological activity is fueled by photon energy absorbed by a Retinal chromophore covalently linked to the protein via a Protonated Schiff Base (RPSB). Elucidating the molecular mechanism by which light is initially stored and subsequently used by the protein in the ion pumps and visual pigments is an ongoing challenge. Studies from our lab, conducted on samples obtained from the Sheves group in Rehovoth, have contributed to pinpointing the stage at which isomerization takes place in bacteriorhodopsin. They have demonstrated the inherent multi dimensional nature of internal conversion in BR as well as in bare RPSB in solution. In our work we combine the investigation of newly discovered retinal proteins with elaborate multi-pulse schemes and cutting edge time resolution pump-probe and 2D spectroscopy to reveal the details of excited state dynamics in retinal proteins. These have included the discovery of large kinetic differences in forwards and backwards trans-cis isomerization in the recently unearthed Anabaena Sensory Rhodopsin (ASR)1 as well as the application of 6 fsec laser pulses to investigate light induced vibrational coherences in activated bacteriorhodopsin pigments.2 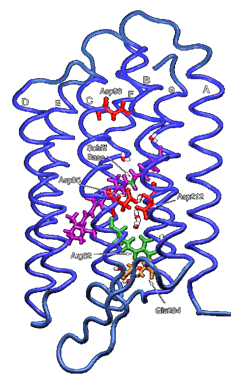 Ultrafast excitonics in nanocrystals and photovoltaic material
The effects of quantum confinement on carrier relaxation in semi-conductor nano-crystals have attracted fundamental as well as practical interest. In particular, reports of enhanced efficiencies of impact ionization or multi-exciton generation (MEG), have driven this effort to a large degree. In our work we apply ultrafast pump-hyperspectral probe techniques to follow the spectral evolution following absorption of light by colloidal nanocrystals.  Our experiments, conducted in collaboration with Uri Banin and Efrat Lifshitz from the Technion, demonstrate that the efficiencies of MEG have in some cases been grossly over-estimated.3 We have shown that difference spectral features used to follow relaxation of hot excitons and to quantify MEG are poorly understood, and their amplitudes and kinetics deviate from expectations based on bi-exciton shifts and state filling which are the mechanisms usually evoked to explain them. 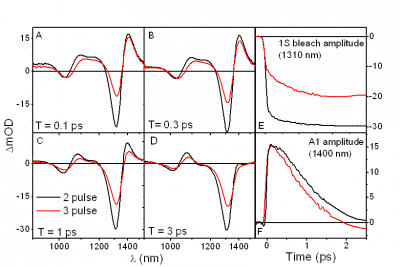 Figure 2.  Comparison of the spectral and temporal response of the 3.5 nm QD sample to excitation at 650 nm with (red lone) or without (black line) initial saturation of the sample with cold single excitons in the particles. Panels A-D present transient spectra for a series of delays T after the visible excitation pulse as designated in each. Panels E and F present temporal changes observed at the peaks of 1S bleach and of the A1 band respectively.

To clarify these discrepancies, the same transitions are investigated using a variety of pump-probe spectroscopic schemes. Pump-probe experiments on a sample saturated with single relaxed excitons proves that the resulting 1Se1Sh bleach is not linear with the number of excitons per nanocrystal (See Figure 1), and the evolving picture challenges the accepted mechanistic interpretation of fs-psec transient absorption data in hot exciton states.4 Future study will concentrate on application of even higher time resolution as well as 2D electronic spectroscopy to separate the different and often overlapping contributions of different contributions to the transient spectra following ultrafast photo-excitation in nano-crystal samples. In addition the effect of doping of quantum dot samples on hot exciton dynamics is also under scrutiny in collaboration with the Banin group. Finally, similar approaches are being used on novel photovoltaic materials such as perovskites, in collaboration with the group of Lioz Etgar at our institute.

Following excited state dynamics with Impulsive Vibrational Spectroscopy (IVS)
IVS enables one to follow vibrational motions coupled to an electronic transition in molecules or solids in real time. A pulse much shorter than the rearrangement processes on the excited state can initiate photochemistry in the form of a multi-dimensional wave packet whose subsequent periodical motions can be picked up by a delayed probe, disclosing the vibrational dynamics in the excited state. The same pulse will simultaneously induce ground state vibrational coherence due to resonant impulsive stimulated Raman scattering (RISRS). As a result, in a pump-probe experiment, both ground and excited state vibrational frequencies can be present in the transient signal, due to evolution along bound vibrational coordinates in both. This complicates the analysis of the wave packet motions and separating excited state and ground state contributions. 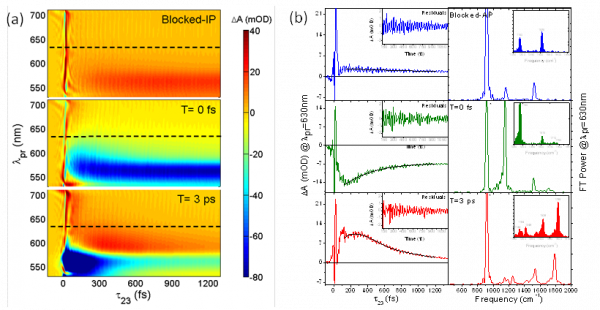 Figure 3. Typical pump-IVS data collected with IP(1), shown hyperspectrally (a) and in a representative cut at λpr=630nm (b), for three cases: blocked-IP (upper panels), T= 0 fs (middle panels), and T=3 ps (lower panels). ΔOD here represents relative contributions by the push pulse. (a) presents the full hyperspectral transients collected, while (b) presents the corresponding cuts at λpr=630nm (left panels, denoted by horizontal dashed lines in (a)) and their analysis procedure: subtraction of the slowly-varying background (black lines) to obtain the residuals (insets), which are then Fourier transformed to the frequency domain (right panels).

Recently we have been able to convincingly demonstrate the selective detection of excited state vibrational signals from a reactive excited state 5 (Figure 2). Our current aim is to apply the resulting three pulse approach to large molecular species in the fingerprint frequency domain to gain structural insight during photochemical transformations.