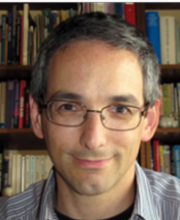 Our research focuses on the assembly of block copolymers (and other polymers) with functional components such as nanoparticles, conductive polymers, polyelectrolytes, and bio-macromolecules. Block copolymers (polymers consisting of sequences of chemically distinct repeat units) feature a variety of periodic nanoscale morphologies that are accessible in a highly controlled fashion through a spontaneous process of phase separation. These materials are attractive as templates to induce the two- and three-dimensional arrangement of nanomaterials. Controlling the morphology of nanoparticle ensembles in this way enables to fine-tune their collective properties, which is important for a variety of applications, from microelectronics and photonics to diagnostics. Additionally, it enables the fundamental investigation of the dependence of these collective properties on the morphology of the ensemble, an option that was largely inaccessible so far due to our limited control over the morphology of the assembly.

A major effort in our research is dedicated to the polymer-mediated assembly of inorganic nanoparticles into morphologically controlled hierarchical structures. We explore the interplay between the block copolymer and the nanoparticles and learn how to chemical interactions between them lead to controllable structures. For example, we have recently discovered that the utilization of two phase separation processes occurring on different time scales enables the organization of spherical gold nanoparticles into hierarchical structures, in which they are segregated into one type of domain and exhibit internal structure as well. In a follow-up study, we have considerably elaborated this strategy to semidonductor nanoparticles, exploring both the influence of the particle shape (sphere vs. rod) on the morphology as well as the effect of the block copolymer morphology on the final hierarchical structure (see Figure). One of the major discoveries was the ability to control the morphology of the copolymer film by the shape of the nanoparticle, and induce perpendicular orientation of the domains by designing the nanoparticles to segregate to the phase that preferentially wets the substrate and use their tendency to migrate to the free surface to lower interfacial tension (Fig. 1h,i). 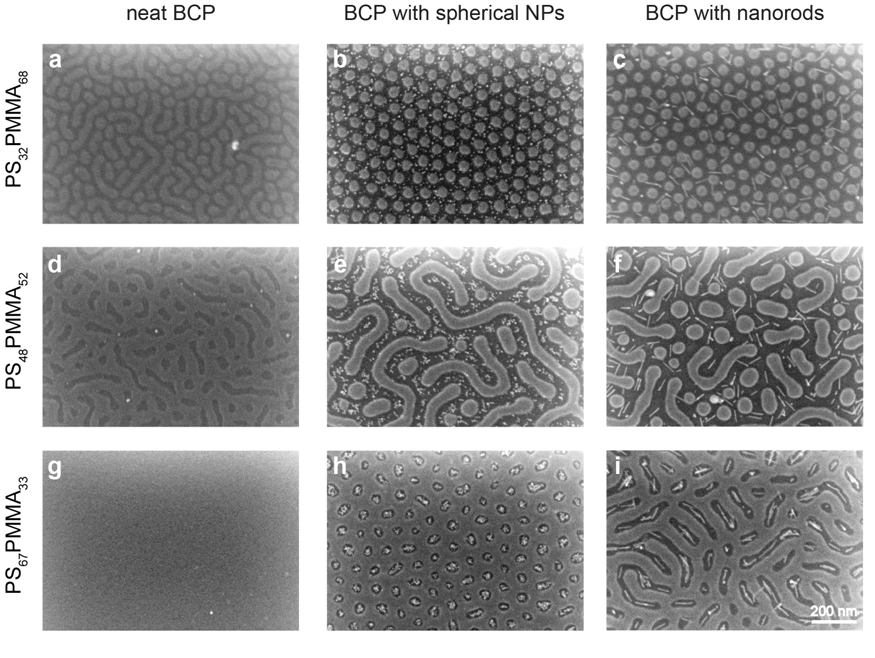 A developing direction of research in our group focuses on the combination of nano-fabrication techniques with self-assembly methodologies. We believe this combination will provide a powerful approach and the most versatile solution for the creation of long-range, organized materials, enjoying both from the accuracy of reproducibility offered by lithography techniques and from the high resolution and affordability of the self-assembled systems.