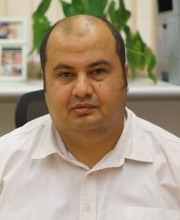 Research Focus:
Catalysis play a central role in the chemical industry and academic research. It is applied in a wide range of fields such as preparation of fine and bulk chemicals, energy production and environmental protection. There are two types of catalysis, homogeneous catalysis and heterogeneous catalysis. The homogeneous catalysts require mild operating conditions and they can usually offer excellent reactivity and high selectivity. However, this type of catalysts has limited application in the chemical industry due to the difficulties in their separation and recovery, which can increase the costs of their application in industrial processes. On the other hand, the heterogeneous catalysts can be separated and recovered easily, but they need harsh operating conditions due to their reduced reactivity and they usually give less selective transformations. Our research aims at developing new catalytic materials by nanotechnology that can bring about bridging between homogeneous and heterogeneous catalysis.

Bridging homogeneous and heterogeneous catalysis is a major challenge in the modern catalysis that requires extensive multidisciplinary studies to achieve it. To address this challenge, we focus on two main strategies. The first relies on the development of new micro- and nano-reactors that contain in their cores non-volatile solvent dissolving or dispersing the desired catalyst. Due to this approach the substrates can react with the catalysts in the core of the micro and nano-reactors under homogeneous or semi-homogeneous conditions. The second strategy is based on the design and construction of nanocatalytic systems with well-defined structures and large surface area.

In the first strategy, we develop methods for preparing catalytic silica and polymeric micro- and nanoreactors. For Example, silica microreactors containing in their core ionic liquids are created by emulsification of ionic liquids in water and then confining the resulted ionic liquid droplets with silica shells by interfacial polycondensation of silane monomer. These silica microreactors containing different types of catalysts are utilized in various organic transformations. The results of this work indicate a unique possibility to tune reactivity and selectivity of catalysts by this approach.

In the second strategy we construct new catalytic nano-materials with large surface area using nanoemulsification methods and sol-gel chemistry. For instance, periodic mesoporous organosilica  (PMO) nanoparticles with a surface area up to 2000 m2/g are prepared by nanoemulsification of different bridged silanes such as 1,2-bis(trimethoxysilyl)ethane and their polycondensation under basic or acidic conditions. These materials are utilized as nanosupports for metal nanoparticles, organometallic complexes or organocatalysts. 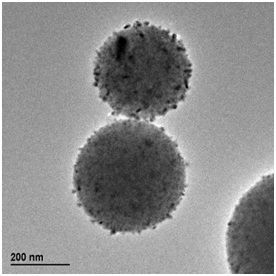 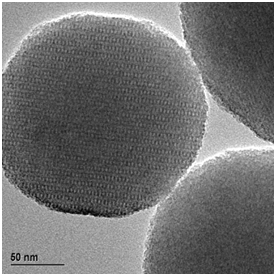