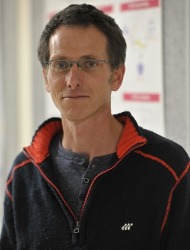 2003-2010: Ph.D in Chemistry The Hebrew University of Jerusalem, Israel

Research Focus:
Carbohydrates are major components of biological systems and have many functions that ranges from purely structural ones to elusive fine-tuned communication ones. Carbohydrates (glycans), that is oligo- and poly-saccharides, are assembled from a monosaccharide building blocks that have multiple alcohol functional groups but vary in their structural features. This amazing variety accounts for the many roles of carbohydrates but makes their synthesis a very complex task because it requires the functionalization of a specific functional moiety in a sea of very similar groups. Chemical oligosaccharide synthesis suffers from many limitations that prevents it from reaching the same level of popularity associated with synthetic oligopeptides and oligonucleotides in which the protecting group removal is performed using simple and well established protocols

We specialize in the state-of-the-art Automated Glycan Assembly (AGA) platform that enables fast and easy synthesis of complex glycans from simple monosaccharide building blocks. Our group develop explore the use of flow chemistry, solid phase chemistry, photochemistry and automation and their combination for oligosaccharide synthesis. 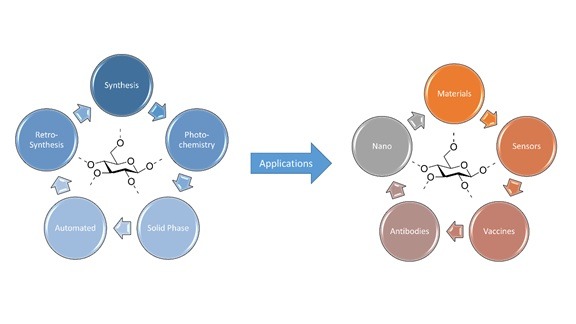