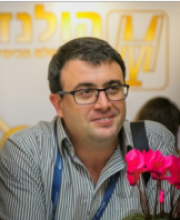 Research Focus:
Generally, research in my group is focused on synthetic and mechanistic organometallic chemistry. The core of the work is the interplay between the structures and reactivity of organometallic compounds relevant to catalysis. We use a wide range of synthetic and spectroscopic methods for the manipulation and characterization of our targets: air-free techniques, NMR spectroscopy, X-ray crystallography, etc.

The major current direction of our studies include: the design of new carbometalated transition metal complexes-based catalysts towards activation/formation of polar and nonpolar bonds.

Over the past 30 years of extensive research, the chemistry and applications of PCP pincer-like complexes have been well documented. These compounds are widely used as homogeneous catalysts and stoichiometric promoters for the challenging chemical transformations, as well as building blocks for the construction of advanced materials. However, the research activity in the field mainly focuses C(sp2)- rather than C(sp3)-based compounds. Recently, we described a new family of C(sp3)-metalated pincer complexes based on dibenzobarrelene scaffold. Unlike most of known PC(sp3)Ps, our compounds are perfectly stable even under very harsh condition, while remain catalytically active. In addition, the suggested scaffold is very modular and three-dimensional. Both these characteristics are remarkably important for diversification of available pincer ligands and fine-tuning chemical/steric/physical properties of the resulting complexes, which makes this class of compounds very attractive for practical applications in many research areas. 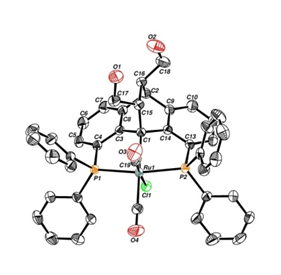 ​We are interested in the design of novel catalytic systems for dehydrogenation of formic acid/hydrogenation of carbon dioxide and in the development of new generic transformations involving structural modification of functionalized hydrocarbon substrates using formic acid as a source of H2 and CO2. This goal was motivated by the economic and ecological sustainability of formic acid, as well as by importance of fundamental understanding of carbon dioxide interactions with transition metal catalysts. In particular, the catalysts focused in this proposal belong to the family of 3-D bifunctional PC(sp3)P pincer complexes developed in our group in the recent years.