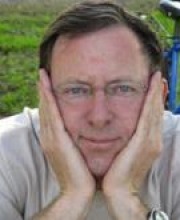 Research Focus:
The activities in the group span across a wide spectrum of topics ranging from scanning electrochemical microscopy (SECM) via coatings, self-assembled monolayers, analytical chemistry, sol-gel technology to forensic science, nanotechnology and solar energy conversion. Specifically, we are currently involved in the following projects:

1. Studying and modifying surfaces with high resolution using SECM – during the last twenty years we have used the SECM, in particular, for driving chemical and electrochemical reactions locally on surfaces. Among the different reactions and approaches that have been explored by us are metal etching and deposition, metal hydroxide deposition, electropolymerization and attachment of biological and organic materials. We have developed completely new approaches for metal deposition based on microelectrode dissolution and potential assisted ion transfer across a liquid-liquid interface.

2. Development of highly selective and sensitive sensors for heavy metals based on self-assembled monolayers and thin polymeric films – we have designed and developed selective electrochemical probes for detecting very low levels of heavy metals, e.g., mercury and uranium. The electrodes are based on structuring the solid-liquid interface by monolayers and sol-gel films that selectively interact with the analyte. Our aim has been to understand the rules in such interfacial architecture on a molecular base.

3. Electrochemical deposition of sol-gel film – the formation of controllable sol-gel films has been accomplished by electrochemical deposition. A new approach, in which the condensation of sol-gel films is accelerated upon changing the pH on the surface, has been developed by us. This is achieved by stepping the potential either to negative or positive potentials. Silane as well as zirconia and titania based layers have successfully been deposited. A wide range of different experiments enabled us to propose a detailed mechanism. Moreover, this technology has been applied for corrosion prevention, deposition of thin films onto complex geometries and coating of various medical devices, such as stents.

4. From nano to nano – electrodeposition of nanomaterials – nano-objects, such as nanoparticles offer a spectrum of applications due to their unique properties. In many cases, it requires coating of surfaces with a thin; however, stable layer of the nano-objects. We have introduced the concept of electrodeposition of nano-objects upon altering their stability in liquid dispersions by applying an electrical potential. This enabled us to form thermo- and electrochromic, corrosion inhibition and other functionalized surfaces. We are currently working on antibacterial and antifouling matrices as well as solar-thermal and hydroxyapatite coatings based on nanomaterials.

5. Nanoparticles imprinting polymers - nanotoxicity is a new discipline, which requires the development of appropriate tools for determination of nanoobjects such as nanoparticles. These tools are also crucial for monitoring the interactions between nanoobjects and organisms. These interactions are affected by the core, size, shape, and stabilizing shell of the objects. Hence, speciation of nanoparticles is becoming of utmost importance. We have demonstrated a new concept for selective recognition of NPs by a polymeric matrix imprinted with the same nanoparticles. This approach can be classified as nanoparticle imprinted polymer (NIP) in analogy to the well-known concept of molecularly imprinted polymers (MIP) in which the molecular analyte is imprinted in a polymer by polymerization of proper monomers with which it chemically associates. The removal of the template forms complementary cavities capable of selective recognition of the analyte.

6. Solar-thermal conversion of solar energy – this activity, which has been combined with our sol-gel expertise aims at developing medium and high temperature absorbing coatings for solar energy. Initially we developed CERMET (ceramic-metals) that were formed by introducing metallic micro and nanoparticles into a sol-gel matrix. More recently, we have utilized carbon nanotubes embedded in a ceramic matrix on which another top layer was added to increase the selectivity of the coating.

7. Forensic studies – our research and experience in electrochemistry and surface science has also been applied to address forensic issues. We together with Prof. Almog have introduced the application of nanoparticles for visualizing latent fingerprints. We have shown that metallic nanoparticles can be targeted to either the ridges or valleys of fingerprints depending on their stabilizing shell. This made it possible to use electroless deposition of silver for as a means of visualizing latent fingerprints by creating excellent contrast between the ridges and valleys.